A downloadable game for Windows

Remake of the classic Warhammer 40K Chaos Gate game. It includes Ultramarines against the forces of Chaos.

The game has one level currently, many bugs and no real campaign yet.

I do not own some of the models and images used in the game.

This game is a free fan project. This game Is not related to Games Workshop PLC in any way, they do not support or endorse our company in any shape way or form. 40k, Ultramarines, Warhammer, and all associated marks, names, races, race insignia, characters, vehicles, locations, units, and the Warhammer 40,000 universe are either ®, TM and/or © Copyright Games Workshop Ltd 2000-2007, variably registered in the UK and other countries around the world. Used without permission. No challenge to their status intended. All Rights Reserved to their respective owners.

dude, this looks awesome. Keep on it

Thanks for the feedback. The optimization will come later. Please follow the project to get updates.

Lately I was thinking about the concept of Chaos in WH40K universe. I am perfectly aware there is a legitimate "Chaos" army, slightly "as if" warped from the fantasy realm version of the Warhammer. But I feel this topic can be approached from a different angle.

I like Chaos as an idea, namely, a destructive force acting always from within, driving certain events happening in the universe, but such mysterious, immaterial force would not use exclusive tools, like having own army with distinct characteristics, labeling itself "Chaos". Instead, the metaphysical Chaos - as I have suggested - would use whatever the tools are already present and handy, therefore, certainly any aggressive races, species or denominations involved in any widespread conflict, should somehow ship the agenda of Chaos.

'Acts of Chaos', would hypothetically base on the rule of escalation, which roughly associates with the "chaos principle", stating that a major event, notably a major catastrophe, may be directly influenced with very minor choices and deeds, perpetrated out of free will. Which is why, knowing this, the Imperial command ought to very strictly reprimand any signs of rebellion, only fueling the unfolding of what they fight. Because the Empire, means order and Chaos, opposes order.

I do not negate there could be certain Chaos embodiments, particular shapes rooted in myth, but I find these more suitable to exist only intellectually, in a noetic sphere. Which is why, there is no "Chaos Space Marines". Instead, there are 'Chapter Wars', an ongoing fragmentation and over the edge competition between various Space Marine divisions - demonizing the appeal of one another - understandably becoming a problem phenomenon to the conditions of peace in the Empire. There are aggressive external species, such as Xeno, that I think ought to be the main tool of Chaos - as perceived by the Empire - and possibly a source for the legends of actual "demons" and "possessed humans", infected and incorporated in the brood. There are also intelligent non-human species, such as Eldar, who have own agendas and deeper understanding of the universe, eventually falling into quarrel with humans over achieving of certain goals.

Basic notion of evil, is simply caused by differing perceptions and conflict of ambitions among and between various parties. Human-Eldar war emerges on the ground of who can actually solve the problems of the universe and by what means, with unfortunate trait of mutual disregard and prejudice.

Therefore, even though it may sound like "heresy", I do not believe in the "legitimate army of Chaos". Maybe in the end times, something like this could possibly arise, a mixed force united under common idea and leadership, but until then, Chaos best remain as obscure as it would fit a force without shape of own, wanting to remain as concealed as available.

Which is why, the event of 'Chaos Gate' - the manifestation of personalized Chaos - is actually the trademark of end times, when Chaos finally becomes a phenomenon, revealing own, distinct face. But then, it stops being Chaos and becomes yet another order.

My humble opinion is that 'Chaos Gate' will never happen, because then the ideal and phenomenal planes would collapse onto one another, making phenomenon an ideal and ideal, a phenomenon, which inevitably leads to anomaly and anomaly, means no good for anything.

I remember the original Chaos Gate. Indeed it was something more like the UFO: Enemy Unknown of old, with own perks and flaws when it comes to the user interface and gameplay quirks. You think this modern remake of Chaos Gate will ever ship?

It will ship but it might take a while. Core features for the combat is done but there is still quite a lot of work left to create the campaign and all the missions. I aim to release something playable once there is a stable build.
Chaos Gate was a solid strategy game but has not aged well. Hopefully this remake will stay close to the charm of the original game but with some improvements. 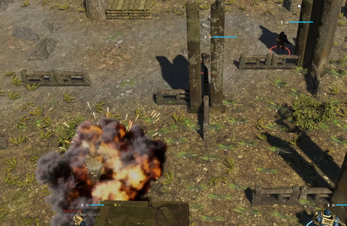 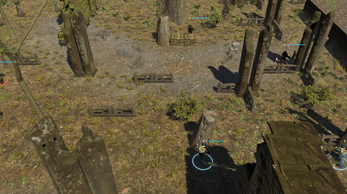 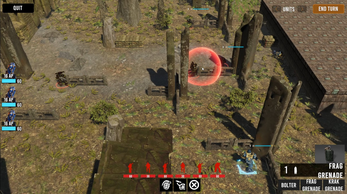 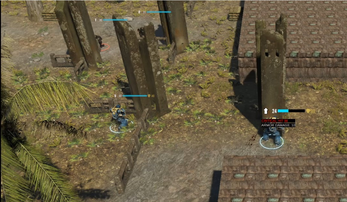 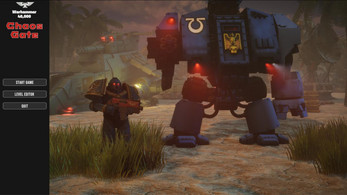 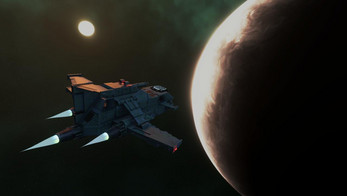 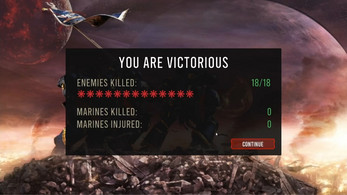